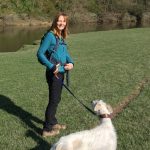 In 2018, I finally achieved my dream of escaping town life and moving to Saul.  I am married with two grown-up sons and we have appreciated the amenities that the local area has to offer.  I have taken on an allotment and enjoy walking in the surrounding countryside with our dog, which has given me the opportunity to meet and get to know many local residents.

For the last 30 years, I have been an English and Film lecturer at a local College. I have recently become part-time which has allowed me more time to pursue other pastimes.

I recently joined the Council as I want to give something back to the community and hope that I will be able to represent local interests well and make a difference. 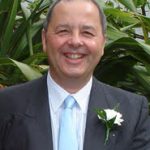 I have lived in Saul since 1994 and am married with two daughters who were born and raised in Saul. My career has ranged from being a Radio and Electronics Officer in the Merchant Navy, running my own business for 21 years and more recently, after a 7 year period as an IT Manager in a large secondary school, I am now the Trust Business Manager for a Multi Academy Trust of 5 schools based in Gloucester. For a number of years I was a Primary School Governor, where I developed a taste for supporting schools, the local community, and education in general. After a number of years “of rest” I am now keen to support and develop our local community for the benefit of all its habitants.

Having moved to Saul village in 2013 with my family, we have fully adopted the good life that is to be enjoyed here. Both my children attend a local School and also regularly enjoy the Saul Playing Field.

Fishing, Cycling and Walking within the local area, I really do appreciate the area and how nice it can be on a Summers evening down by the river edge, seeing wildlife in all its glory.

I am an advocate of village life and strongly support any project that enhances the community and enjoyment for the residence. 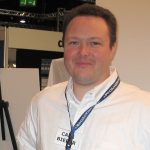 I have lived in Saul for 20 Years with my wife and three daughters who are still at school. I work from home which gives me the opportunity to be available during the day to meet contractors and deal with other matters as they occur. I love the village and joined the council to have an input into the community whilst learning more about the area. It is very interesting and has enabled me to meet many local people I would not have otherwise met. 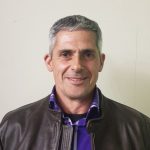 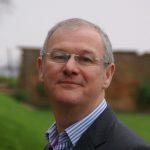 I moved into Saul just over 5 years ago. I am married with a daughter, stepson, grandson, granddaughter and 2 cats. I have always worked in Information Technology and most recently in the fascinating area of Cyber Security. I was elected to Stroud District Council in 2015 to represent Eastington and Standish, then was re-elected in 2016 to represent Severn Ward which now includes Eastington. I have been very involved in the West of Stonehouse development and opposing the Ecotricity proposal for a business park. If you want to contact me either call me on 07802 595 307 or email me at cllr.stephen.davies@stroud.gov.uk

I was born and brought up in Cambridge, (Glos), where my parents were in business as Bakers and Grocers. After leaving Dursley Grammar School with seven GCE O level exam qualifications, I have lived and worked in the Severn Ward area of Stroud District Council all of my life. I moved to Whitminster in 1963, and have lived there ever since. I am married to Honor, we have five children, and eleven grand children. I am very interested in local affairs, being elected to Whitminster Parish Council in 1978, and to Stroud District Council as one of two members for the Severn Ward in 2002. Currently I serve on the Development Control (Planning) Committee, and the Licensing and Regulation Committee at SDC, as well as representing the Council on the Gloucestershire Playing Fields Association. I am also currently Vice-Chair of the District Council. In my village, as well as the Parish Council, I chair the Village Hall and Playing Field Management.

Your Stroud MP is Siobhan Baillie

This website uses cookies to improve your experience while you navigate through the website. Out of these, the cookies that are categorized as necessary are stored on your browser as they are essential for the working of basic functionalities of the website. We also use third-party cookies that help us analyze and understand how you use this website. These cookies will be stored in your browser only with your consent. You also have the option to opt-out of these cookies. But opting out of some of these cookies may affect your browsing experience.
Necessary Always Enabled

Any cookies that may not be particularly necessary for the website to function and is used specifically to collect user personal data via analytics, ads, other embedded contents are termed as non-necessary cookies. It is mandatory to procure user consent prior to running these cookies on your website.